History of the Modern HVAC System 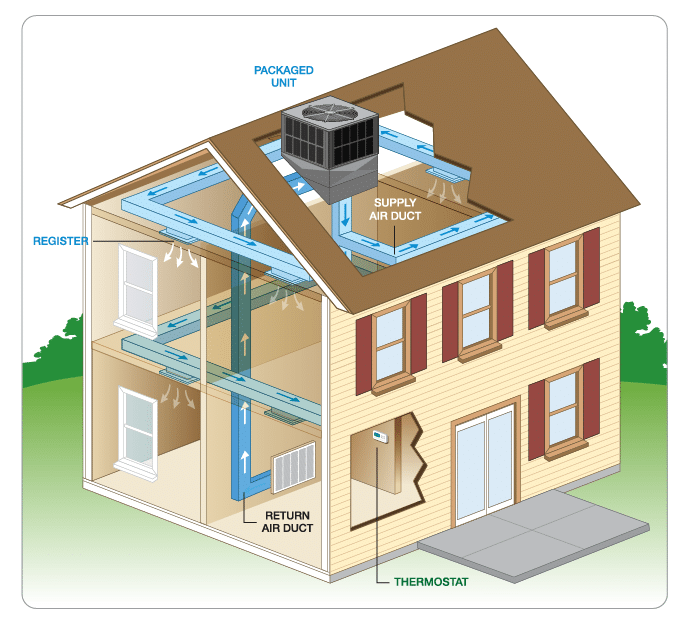 This post takes a journey back into history to recount main milestones in the development of the HVAC system.

Since the beginning of civilization, humans always looked for comfortable shelter away from the weather elements. Rock caves were practical because they were safe and cool. More advanced innovations in the early civilizations included the use of wet reeds on windows by the Egyptians.

The Greeks and Romans used the idea of aqueducts not only for water supply but for heating and cooling. On the other hand, the Chinese invented the idea of a fan for a temporary cooling effect. This is the same idea used for ceiling fans today.

In the Middle East, where temperatures are high throughout the year, cooling towers were part of the architecture to remove hot air and allow cool air indoors. The Victorians contributed to the idea of air conditioning through practical home designs with high ceilings, recessed windows, and wide porches.

In the 1840’s, physician and inventor Dr. John Gorrie of Florida came up with the idea of cooling hospitals to rid them of the evils of high temperatures. The idea was to use ice, but it was impractical and the inventor started toying with the idea of artificial cooling. Gorrie started producing ice manually and patented the idea. The project failed due to lack of further financial backing.

The next invention that laid a foundation for the modern HVAC system was by engineer Willis Carrier, who worked for Buffalo Forge Company in 1902. He had to solve a humidity problem at the Brooklyn-based Sackett-Wilhelms Lithographing and Publishing Company.

Books and magazines suffered wrinkles because of high humidity levels. To solve the problem, Carrier invented and patented a device to control humidity using cooling coils. He refined his technology to include temperature regulation.

One of the HVAC development’s biggest milestone was the mechanical refrigeration to cool the Missouri State Building in 1904. The event took place during the St. Louis World’s Fair and introduced the concept of comfort cooling. The idea took off as theaters in big cities embraced the technology to allow movie fans to enjoy time indoors.

While the idea of comfort cooling picked up in commercial properties, it was expensive for residences. In 1932, H.H. Schultz and J.Q. Sherman changed this with the invention of an air conditioning unit that could fit on windows. This made it possible for homes to install central air conditioning and enjoy comfortable indoor environments.

The future looks bright for heating, ventilation and AC with the government and the private sector investing billions in next-generation HVAC systems. As a household owner, always look out for the industry’s latest development to enjoy higher efficiency and lower HVAC maintenance costs.